Take a picture, it lasts longer

I bought myself a new camera! WHOOP WHOOP!

Its a Nikon Coolpix S6100
﻿
﻿ The reason I had to buy a new one is actually a short story but can tie into a longer one so I decided to bore you with the long ordeal I have had with 4 different cameras.

My first digital camera I got my freshman year of high school I think. I loved it, it was great. I had it for about 2 years. It got slow and I needed a new one the summer before my senior year because I was going on a trip with Habitat for Humanity to Guatemala. I got this great lime green Fujifilm camera that I loved. Needless to say I forgot my camera at home when I left for the trip and I realized it right before I got to the airport. SMART MOVE.

Now in my high school, we have this thing called prograd, or project graduation. We stay at the school all night after graduation and have raffles and play on inflatables and do basically normal 18 year old stuff. We also had a hypnotist come, which I must say was pretty fabulous. But near the end of the night (so probably around 4 in the morning) I was holding a plasitic bag with some of my stuff in it, including my camera. I also had a cup of orange juice in the same hand.  I decided to check the time on my watch, which was on THE SAME HAND. I poured some orange juice in the bag (seriously? was I that out of it? guess so.) My camera died in the sugar stickiness that is orange juice.

So I got a new one (which I paid for, it was my fault) that was the same camera but orange. This camera got me through summer and a little bit into my first semester at college. I ended up being at a frat event. I set my camera down on the bench next to me. Some one then swung their bag onto the bench, knocking my camera right into a cup of beer. I mean seriously? it couldn't have been to the left or to the right? (keep in mind that two weeks before this I had dropped my phone into a cup of water, I know I'm talented).

As sort of a precaution and sort of a joke I then bought myself the waterproof version of the Fujifilm. And it worked great! 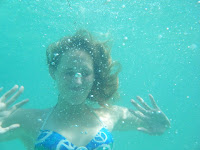 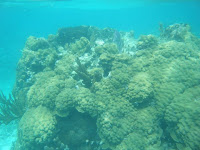 ﻿
But then I took it with me for my semester of studying abroad.
There were a lot of great picture opportunities ﻿and I got really excited and might have dropped the camera a few times.
I finally took it in the water for the first time since I got back to the states a few weeks ago. I was visiting my cousins in Chicago and wanted to take pool pictures. Well, unbeknownst to me, the screen had scratched a little. This meant that water easily streamed into the stream when I put it underwater, ergo camera not waterproof anymore.
That is why I am buying myself a new camera.
God help me if I drop this one in a cup of water!
Fun Fact:
The first digital camera was built in 1975.
Liz B.﻿
Posted by Liz B. at 1:41 PM

Liz B.
As a recent graduate who has popped out into the real world, I thought what better way to start a new chapter in my life than with a blog about some of my favorite things? (There might be better ways but bear with me.)